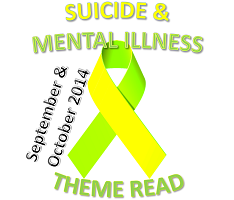 Don’t forget to sign up for my Suicide and Mental Illness Theme Read, coming up in September and October. 🙂 I know I keep saying this, but soon I will post a some lists of books, shows, and movies for suggestions – but the rule is, if YOU think your review fits the theme, then it does. 🙂 Even if your review is mostly to say “this is a novel completely misrepresents mental illness.”

This week in Futile Resistance world… 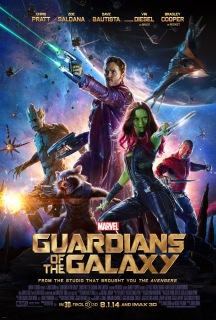 Did anyone else watch Guardians of the Galaxy this week? It was HILARIOUS. I loved it!

And when I took the online quiz, it turns out I am Groot. Yeah. That’s awesome.

I reviewed Rin Chupeco’s spooky new YA book The Girl From the Well, (the giveaway is open through the end of the month, you can still sign up!) I also posted the trailer for the book, if you’re interested. 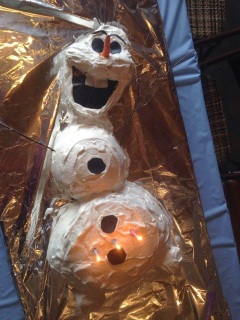 I went to a Frozen-themed birthday party for my friend’s three-year-old. That was a lot of fun. (Happy Birthday Lucy!)

A friend and I watched TWO storyarcs from the Doctor Who (The William Hartnell years).

My friend and I are really struggling with keeping our interest in William Hartnell’s doctor. So far, he’s nosy, tactless, condescending, and self-absorbed. Plus, the overall theme fits the old British imperialism (white man’s burden, and all that jazz). That is in stark contrast to the  deeper philosophical message of the modern doctors where his purpose is to protect others’ cultures. And where even there is even depth in the Dalek’s plan of universal extermination. I can’t wait until we move on to the second doctor! Hopefully he’ll be more tolerable.

Well, I accepted a new job coming up in September, which pays double what I was making at unnamed-bookstore-chain-which-I-am-not-allowed-to-blog-about-because-Big-Nanny (BN for short)-might-be-watching. It’s not QUITE where I want to be, but it’s definitely a step in the right direction and introduces some interesting opportunities for growth within the company. This week I got my background and drug test, both of which I passed. 🙂

This week I volunteered for 8 hours as a crisis counselor for a texting crisis line for teens. I encourage everybody who has a lot of empathy for people in crisis to volunteer at a crisis hotline. The suicide CPR training is superb. You won’t regret the time spent!

I finally caught up on my Grimm! In fact, I think this is the first time in the history of me that I’ve been caught up on a TV show that is still running. I can’t wait until Season 4 premieres in October!

Perused some interesting articles in this week’s Economist. I was mainly interested in learning that the state of Britan’s prisons is pretty similar to the state of those in the US. Which is sad. 😦

I got this free e-comic book from Marvel after buying the giganto fountain drink at Subway. In it, the Guardians fight a war to protect Earth. Ironman joins the fight, but he’s not as cool as the Guardians, based upon his ability to remain conscious. This comic was 20 pages of amusement. I guess that’s really good for the price. 🙂

Other posts on Resistance is Futile this week

I added two new stanzas to Facing my Demons

And I posted about My Favorite Childhood Memory

This is my post for Stacking the Shelves (hosted by Tynga’s Reviews), the Sunday Post (hosted by Caffeinated Book Reviewer), Sunday Salon, and Mailbox Monday.

25 thoughts on “The Week at Resistance is Futile”