The University of Michigan is teaming up with Coursera to create Teach-Outs which (as far as I can determine) are week-long MOOC lecture series which address problems currently faced in society today. I have belatedly signed up for their Teach-Out “Democratic to Authoritarian Rule” which started on 2/12/2018. 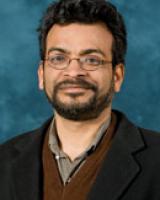 The first lecture was by Professor Arun Agrawal, who explained how modern democracy can become authoritarian. In both older and modern authoritarianism, the leader/regime attempts to disable the basic building blocks of democracy, such as elections, free press, check and balances on their power, and rule of law. They may also unfairly enforce laws against people of certain race, ethnicity, sexual orientation, etc. For instance, the regime might promote what they call a democratic election, but undermine the election by keeping some populations from voting (like the modern ID laws, which make it difficult for very poor and homeless people to vote) and by calling the election fraudulent when they don’t agree with the outcome. They might undermine the rule of law by criticizing the judicial system when it disagrees with the regime’s own point of view. (Or by removing the Judicial Branch from the list of government branches on the White House webpage.) They can undermine free press by calling it “fake news” and handing out awards for the “fakest” news. They might claim that they are above the law (for instance, are unable to be sued). [Specific examples aimed at Donald Trump are my own insertions.]

Professor Agrawal ends his lecture with a prompt to introduce ourselves by noting any experience we have had with authoritarian politics and/or our concerns about democratic vs. authoritarian tendencies in our own countries:

I am a soon-to-be-married white middle-class woman from the USA, who has been privileged enough to not be personally impacted by what I would consider the authoritarian tendencies of Donald Trump. I can vote, and I’m fairly confident that my vote wasn’t unfairly discounted due to claims of fraud or lack of identification. I have not been banned from traveling, though I personally know people who have been stuck on one side of the border or the other by such bans. I have not been immediately affected (though I expect the impact to come eventually) of Trump’s withdrawal from the Paris Climate Accord, and his denial and suppression of climate change data. Despite my relative safety from these issues, I am very frightened of where Donald Trump’s plans (or lack thereof) are leading the US and the world. I know that if he continues as is, many more people will suffer, and I am saddened by where our county is headed.

However, I also realize that many people felt the same way about Obama (though I can’t imagine how they can rationalize that). I also know that we, in the US, have it pretty good compared to millions others in authoritarian countries. For that, I am grateful.