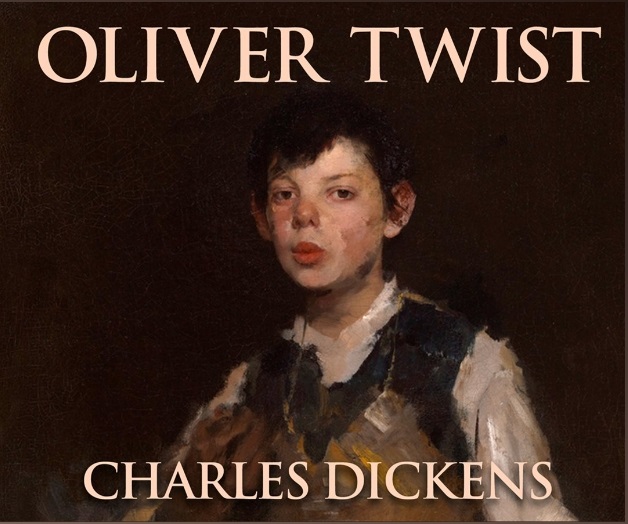 Most people are familiar with the tale of Oliver Twist. He is born in a workhouse to a woman whose identity is unknown. He is then sent from one horrible situation to another, abused, hungry, and expected to work for his living. When he runs away, he falls in with some pickpockets. His life takes a powerful turn after that.

I really enjoyed this book. It’s not my favorite as favorite as far as Dickens go – Great Expectations and Hard Times are reserved for that spot. However, I felt moved by Oliver’s predicament and by the style of life Dickens was trying to portray. It is so sad we can treat our children that way, though luckily things have improved quite a bit since then. But mass incarceration in the US is another way to create orphans…

The following is my analysis adapted from Susan Wise Bauer’s The Well Educated Mind’s description of how to think about a novel. It will have spoilers.

I’d say running away to London is the central life-changing event. Oliver meets the Artful Dodger, who inadvertently leads him to a rich benefactor who rescues Oliver.

Oliver’s life is so hard, and Dickens is so good at describing his troubles that it would be hard for a reader of classics to not sympathize with him. He only wants to have a reasonable amount of food, and to be safe.

As I said above, he wants food and safety, but the adults in his life don’t think he deserves these things since he is an orphan. Even running away landed him in a worse spot than he was, and it was only being shot and asking for help which finally got him to a safe home.

It is an omnipresent, semi-omnipotent narrator. He (or she) seems reliable enough.

👽Where is the story set? Is it natural or human constructed? If natural, does nature reflect the emotions and problems of characters? Or is the universe indifferent?

London and the surrounding areas from which Oliver walked are certainly human constructs. However, I’d say the universe does care about Oliver, as he has some jolly good luck at the end there.

👽Images and metaphors. Are there any repeated images? If so, is this a metaphor, and if so, what does it represent?

I think the Artful Dodger (the pickpocket of London) is a metaphor himself – as he keeps appearing but does not seem to have much purpose in the narration other than to pick a pocket at a book store. Can people be metaphors? I will have to think more deeply on what he represents. Maybe I’ll write a discussion post on the topic, as I’ve decided to include more discussion posts (on Mondays).

👽 Does the end have a resolution or a logical exhaustion?

It does. Oliver is safe with family at the end.

This book was specifically a chastisement on how orphans are treated in England (and elsewhere) during Dickens’ life.

The argument is: this is a terrible way of treating a human being. With a little honesty, compassion, and perception, people would have seen what a quality child Oliver was to begin with.