This week was pretty eventful on my wedding plans. I finally picked out a dress for myself and my maid of honor (sister), and I got the invitations addressed. My dress looks nothing like that pictured above.

It was also an eventful week on my blog, since I decided to compile all my 3 blogs into one. I started one around 2012, and then decided after a while that my blogging skills had progressed to the point where I wanted to start fresh. I started a new one in 2015. Then I had a blogging pause in 2016, and instead of picking up where I left off, I moved from Blogger to WordPress (a change which I’m very happy I made, this is such a wonderful platform). Now I’ve decided to suck it up and say “people will understand that my posts from 2012 aren’t as quality as they are now.” So I uploaded the other two blogs to this one, and am slowly completing the Review page to have all of my old reviews. I’m glad I did this, because there were some hidden gems in the oldest blog. 🙂 I still have quite a few reviews to add to the Review page, so stay tuned.

Saturday we went to a birthday party for my friend’s nephew, L (3). I brought my nephew B (3), my niece L (2), and my step-kids-to-be M (5) and D (8). The party was a lot of fun, though A and I came home a bit over-stimulated. Luckily D did a good job of dragging B around with her, so I really only had one little one to chase around. I thought this portrait of them was a gem: 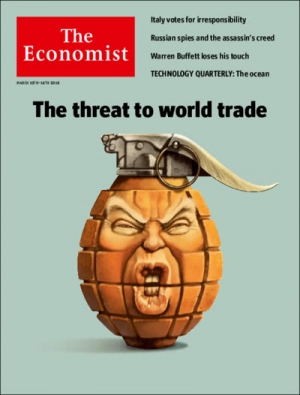 A and I decided that we would subscribe to The Economist. I’ve subscribed on and off in the past and always felt that it provided more information than I was capable of reading in a week. But now that there are two of us reading it, the subscription feels more worthwhile.

For our family night on Sunday, we rented How to Train Your Dragon. That is such an adorable movie.

A and I also finished watching the fifth season of Supernatural, and started in on the 6th. I’m as of yet unimpressed and wish they’d ended it at the natural conclusion of the series (5). They had to jump the shark a bit to reboot after they tied up most of the important plots in 5.

I finished reading The Island of Doctor Moreau and listening to three audiobooks. Reviews all upcoming.

I’ve decided to tone down my currently reading pile so that I feel like I’m making more progress, so now I’m only reading two books and listening to one.

Last week on the blog

I published two reviews: The Shadow Land, by Elizabeth Kostova and Against the Tide, by Tui T. Sutherland. I published notes on Coursera lectures about Everyday Parenting and Solving the Opioid Crisis. And I republished two stanzas of a poem I’d published in my first blog: Facing my Demons One and Two.