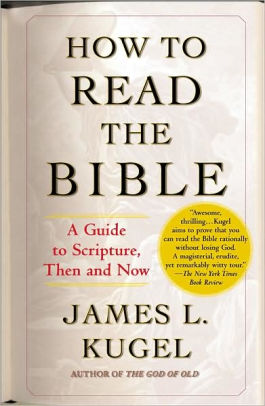 Chapter 2 covers the story of creation and of the expulsion of Adam and Eve from the Garden of Eden. In short, God told Adam and Eve not to eat of the fruit of the tree of knowledge or they would die on that day. Eve ate of the forbidden fruit, and gave some to Adam. They were expelled from the Garden of Eden, and had to now toil to survive. Adam lived till 930 years old.

Ancient interpretation: Ancient readers saw a problem with this story. Why did God say they would die on the day they ate of the fruit, if they were allowed long lives? Was it an empty threat? Certainly God doesn’t give empty threats. At some point before the second century BCE, someone thought of connecting this problem to a verse in the book of Psalms:

For a thousand years in Your sight are as yesterday, the way it passes, or like a watch in the night. (Ps 90:4)

If God’s “day” was a thousand years, it makes sense that Adam would have lived almost that long before dying.

Another interpretation that was made after the fact (and was not directly included in the Bible) was that Adam and Eve were immortal and sinless when they were in the Garden of Eden. This explains why death is the punishment for eating of the forbidden fruit. The disobedience of Adam and Eve were then thought of as “Original Sin,” from which all subsequent sins followed. Ancient interpreters named the punishment for this sin “The Fall of Man.” This is how the story of Adam and Eve was thought of until modern times. In fact, there are many people who are surprised to learn that the terms “Original Sin” and “The Fall of Man” weren’t ever mentioned in the Bible. What’s more, the interpretation that the snake was the devil was also a later interpretation, and it was not mentioned in the Bible.

Modern Interpretation: The idea that the book of Genesis was actually etiological (that it explained the way things became the way they are now) was suggested by the German biblicist Hermann Gunkel (1862-1932). Thus, the story of Adam and Eve moving from the Garden of Eden to toiling for food outside the Garden was the story of how humans moved from hunter gatherer to an agricultural system. They now had to toil long days to plant seed and harvest it.

Modern scholars also know that the discovery of agriculture corresponded to the discovery that a man had to plant his seed in the woman in order to make her pregnant. Thus the quote the man “will cling to his wife and they shall be one flesh” (Gen 2:24).

7 thoughts on “How to Read the Bible, Chapter 2, by James L. Kugel”