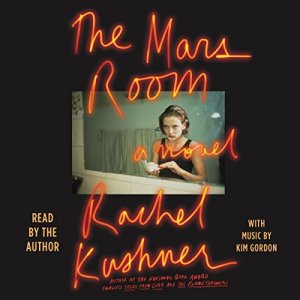 Summary: Following the stream-of-consciousness of a few different characters, this is mostly the story of Romy Hall, who is serving two consecutive life sentences in the California State prison system. Kushner’s story slips back and forth between the now and the past, so the reader slowly learns about how Ms. Hall ended up where she did. It is a gritty, realistic book that gives a fairly accurate view (as I’ve heard from prison inmates) of what women’s prison is like.

My Thoughts: I started listening to this right after it made the Booker Prize shortlist. Although I understand perfectly why it made the shortlist (the writing style is superb), I wasn’t overly impressed with the story.  Don’t get me wrong…I had emotional investment in Ms. Hall, and felt the other characters were realistic and well-written. And I think Kushner achieved exactly what she set out to do: flawlessly executing the stream-of-consciousness style. I was just in the mood for a story with more plot. But this book wasn’t about plot. It was a book about character and setting. And the characters and setting were superbly written. So I will still give the book 4 stars, even though it wasn’t what I was in the mood for.

One thought on “The Mars Room, by Rachel Kushner”