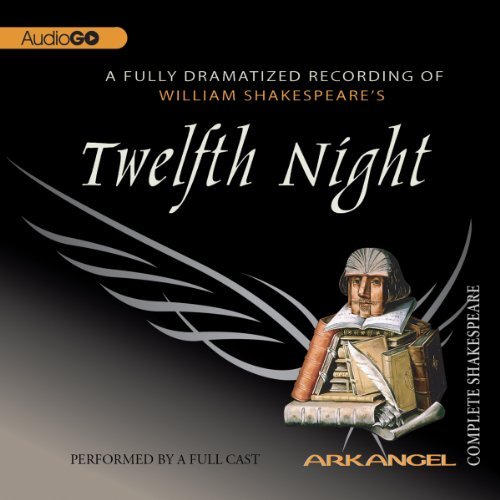 Summary: Contains Spoilers – The twins Viola and Sebastian are separated when their ship capsizes on the sea. Each thinking the other is dead, they make do as best they can. In order to protect herself while alone in a foreign land, Viola dresses up as a boy and names herself Cesario. She places herself as a manservant of Duke Orsino, with whom she quickly falls in love. In turn, Orsino is in love with the beautiful Countess Olivia. He sends “young Cesario” to Olivia on several occasions, hoping that the youth will win Olivia’s love for him. Unfortunately for everyone, Olivia falls in love with Cesario. Then, of course, in walks Sebastian who looks just like his sister Viola when disguised as Cesario. Olivia pounces upon Sebastian thinking he is Cesario, and that the youth will again rebuff her. But to her surprise, Sebastian quite happily accepts her advances and they get married – without Sebastian doing more than idly wondering why Olivia is in love with him. Of course, Olivia thinks she’s married to Cesario, and tells Duke Orsino this. He gets all upset until, lo and behold, everyone realizes their mistake, Orsino marries Viola, and everyone (excepting a character not yet named) lives happily ever after.

For comic relief of something that is already comic enough, there is a side-story of Olivia’s steward Malvolio. He is quite the proud man, and believes that he is quite worthy of everyone falling madly in love with him. When Olivia’s other servants (along with her uncle) play a trick on Malvolio by dropping a forged letter which convinces Malvolio that Countess Olivia is in love with him, he begins to court Olivia in a very comic fashion. She, thinking he’s mad, tells her uncle to take care of him. Her uncle throws him in a dark room, and treats him like a raving madman.

My thoughts: When I was a teenager and read all of Shakespeare’s plays, this (along with Much Ado About Nothing) stood out as my favorite comedy.  Reading it again, I definitely enjoyed it, but in a different way. I feel that all this ridiculous falling in love instantly, the Duke suddenly changing his mind and deciding he’s in love with Viola instead of Olivia, and Sebastian marrying Olivia without any idea of whether she’s mad or has mistaken him for someone else was a bit over the top. I mean, it was still hilarious, but I couldn’t romanticize it like I did when I was a teen. I also felt very sorry for Malvolio. Yes, he was a bit of a prig, but he got worse than he deserved. Overall, I loved the story and thought it was hilarious, but I will probably more highly value some of Shakespeare’s other comedies.

Movies: I watched two versions of Twelfth night before listening to the audiobook. 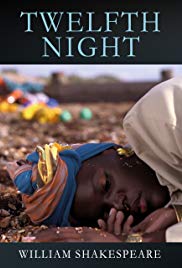 They were both pretty good, though I liked the 1996 version (right) slightly more than the 2018 version. I tend to prefer movies that stay true to the timeline rather than modernizing – which the 2018 version did to a certain extent. Otherwise, there were certainly both worth watching!